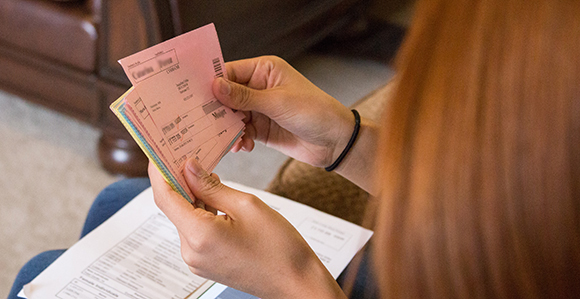 11 And a white stone is given to each of those who come into the celestial kingdom, whereon is a new name written, which no man knoweth save he that receiveth it. The new name is the key word.

Everyone in the celestial kingdom will have a Urim and Thummin.

Before entering the celestial kingdom, each individual will receive their own white stone or Urim and Thummim with a new name inscribed that will be "the key word" (D&C 130:11).

The phrase Urim and Thummim is a Hebrew term that means "lights and perfections." We know from D&C 130:8 that the place where Heavenly Father resides is "a great Urim and Thummim" and from D&C 130:7 that it looks like "a globe like a sea of glass and fire, where all things for their glory are manifest, past, present, and future, and are continually before the Lord."

We know from Rev. 15:2 that this sea of glass and fire also indicates a celestial sphere and the presence of God (Jay A. Parry, Donald W. Parry, Understanding the Book of Revelation).

The earth, once it receives its celestial glory, will also become a Urim Thummim and look "like unto crystal . . . whereby all things pertaining to an inferior kingdom, or all kingdoms of a lower order, will be manifest to those who dwell on it" (D&C 130:9).

But we cannot receive our own Urim Thummims until we enter the celestial kingdom. As Brigham Young explained:

“. . . every man who lived on the earth was entitled to a seer stone, and should have one, but they are kept from them in consequence of their wickedness, and most of those who do find one make an evil use of it” (Michael Hubbard MacKay and Nicholas J. Frederick, Joseph Smith's Seer Stones).