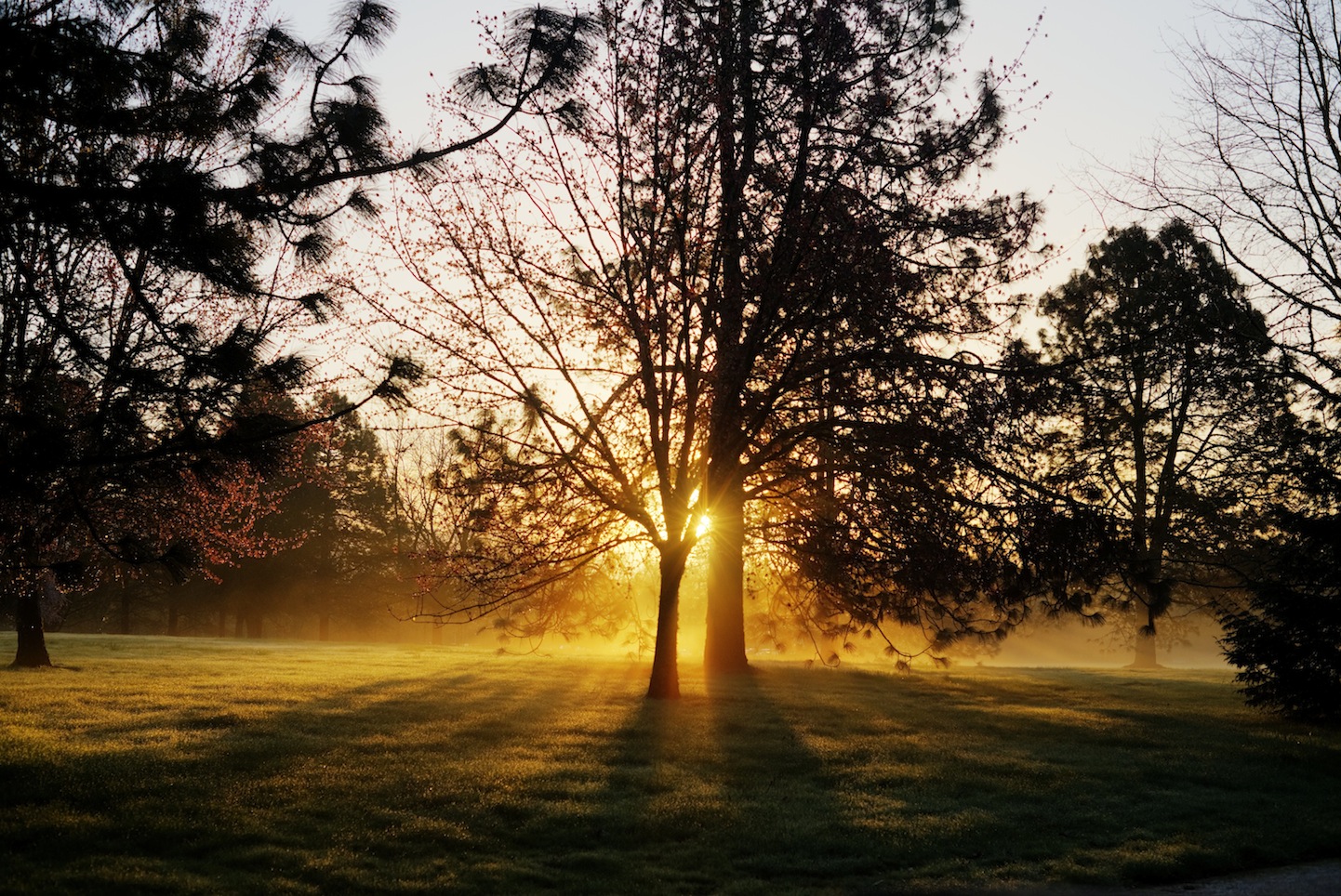 Encyclopedia of Mormonism – Gifts of the Spirit

The seventh Article of Faith of The Church of Jesus Christ of Latter-day Saints reads: "We believe in the gift of tongues, prophecy, revelation, visions, healing, interpretation of tongues, and so forth." All such heavenly endowments come as gifts of the Spirit-that is, through the grace of God and the operation and power of the Holy Ghost. As prerequisites to obtaining such gifts, a person must receive the ordinances of baptism and the bestowal of the gift of the Holy Ghost from an authorized priesthood holder, must earnestly seek to obtain the gift or gifts, and must make sincere efforts to keep the Lord's commandments.

Clearly the Spirit can grant any gift that would fill a particular need; hence, no exhaustive list is possible, but many gifts have been promised the Church. Through the New Testament, readers are familiar with the six specified above: the two related to the gifts of tongues and their interpretation, or the power to speak in a language not previously learned and the ability to interpret such speech; the gift of prophecy, exhibited sometimes in the predictive sense but more often in the sense that "the testimony of Jesus is the spirit of prophecy" (Rev. 19:10); revelation, or the heaven-inspired receipt of knowledge, wisdom, or direction; visions, or visual spiritual manifestations such as prophets have received in all ages and as Joel predicted for many others in the latter days (Joel 2:28-29); healing, or the power to "lay hands on the sick" that they may recover (Mark 16:18).

Scripturally, gifts of the Spirit are among the signs that "follow them that believe" (Mark 16:17). Eager to receive such promised gifts but lacking in understanding, some of the early converts to the Church (1831-32) became caught up in "spiritual" excesses that were common to revivalist campground meetings, with which they were familiar. In early days in Kirtland, Ohio, the Prophet Joseph Smith observed, "many false spirits were introduced…many ridiculous things were entered into…[that would] cause the Spirit of God to be withdrawn" (TPJS, pp. 213-14). In congregations around Kirtland, Parley P. Pratt specifically noted "disgusting" spiritual operations, "unseemly gestures," people falling "into ecstasies, and…drawn into contortions…fits" (Pratt, p. 61). Joseph Smith condemned such practices as unnatural and without useful purpose, since they communicated no intelligence (TPJS, pp. 204, 214). Thus dissociating the Church from the spiritual extravagances of frontier Christianity, the authorities moved swiftly against such erroneous practices, reclaiming those members whom they could and excommunicating those who persisted in their error.

In the doctrinal unfolding of the infant Church, Joseph Smith received revelations relating to spiritual gifts, notably that of March 8, 1831 (now D&C 46). Having first warned against deception by false spirits, the revelation set out the gifts much as Paul and Moroni 2 did for the first-century and the Nephite churches, respectively (see 1 Cor. 12; Moroni 10). Mentioned besides the six above were knowledge; wisdom; faith to be healed; the working of miracles; knowledge of the ways in which gifts may be administered; and the discernment of spirits, whether they are of God or of the devil. Listed too was the gift of the Spirit's witness of Jesus Christ and his Atonement for the sins of the world, and, for some, the gift of believing the words of one who declares that witness (D&C 46:14).

The revelation promises at least one gift to every faithful Latter-day Saint. Bishops and other presiding officers, by virtue of their callings to watch over the Church, may receive multiple gifts, including the special gift of discernment to detect false from true spirits. On the latter point, Joseph Smith cautioned about "the common error of considering all supernatural manifestations to be of God," warning that evil spirits as well as heavenly ones can, for example, speak in tongues and interpret them; and that in their deception they may even give recognition to the Savior and his authorized servants (TPJS, pp. 206-13, 229; also Luke 4:33-35; Acts 16:16-18).

Many early LDS journals recount experiences with spiritual gifts: In 1830 Newel Knight saw a vision of heaven apparently similar to what the martyr Stephen described ("Newel Knight's Journal," pp. 52-53). In Kirtland in 1831, Chloe Smith, who had been languishing near death, was instantly restored to health under Joseph Smith's ministration (Pratt, pp. 66-67). At a meeting in Ontario, Canada, in 1833, Lydia Bailey (later Knight) spoke in tongues (Journal History, Oct. 19, 1833). Following Heber C. Kimball's prophetic promise in 1836 that a son would be born to Parley and Thankful Pratt, childless after ten years of marriage, a son was born a year later (Pratt, pp. 130-31, 165). Then as now, both leaders and the general membership were blessed with such gifts.

Gifts of the Spirit are to be sought for their beneficial effect rather than for their remarkable character (see 1 Cor. 14). In fact, as Joseph Smith observed, only one or two of the gifts are visible when in operation. In its commonly understood sense, the gift of tongues is one such, but President Joseph F. Smith stressed its more practical aspect: "I needed the gift of tongues once, and the Lord gave it to me. I was in a foreign land, sent to preach the gospel to a people whose language I could not understand. Then I sought earnestly for the gift of tongues, and by this gift and by study, in a hundred days after landing upon those islands I could talk to the people in their language as I now talk to you in my native tongue. This was a gift that was worthy of the gospel. There was a purpose in it" (Smith, p. 201). In this way, the gift is frequently enjoyed by LDS missionaries today.

Throughout the world, Latter-day Saints report a variety of spiritual gifts in the normal course of their lives. Faithful members commonly receive through the Spirit the gift of the testimony of Jesus Christ and his restored gospel-and those individual testimonies constitute the strength of the Church; the gift of knowledge of spiritual things is enjoyed widely; daily, priesthood bearers lay hands on the heads of sick family members or friends, as requested (see James 5:14-15), and bring them heaven's healing powers, frequently with instant effect; men, women, and young persons receive revelation as needed for the benefit of themselves, their families, or those whom they serve in Church callings. Virtually all of these activities and others of comparable spiritual significance go on in the privacy of home and heart without any public awareness of them.

All spiritual gifts are needed in the Church (1 Cor. 12), but that some are more to be desired than others is evident from Paul's writings: One is to seek the best gifts. Of special significance for all who desire "a more excellent way" (1 Cor. 12:31) is to receive and develop the gift of charity. This "pure love of Christ" is a fundamental mark of true discipleship, a prerequisite to eternal life, and a quality one is therefore to pray and work for with all energy of heart (Moroni 7:47-48;10:21; Ether 12:34). Paul's masterful exposition on charity (1 Cor. 13) further defines this attribute and confirms love as the great commandment and the Christian's crucial need. Disciples are to manifest this gift and also desire others (1 Cor. 14:1), working by the power of God and by the gifts of the Spirit (Moro. 10:25).