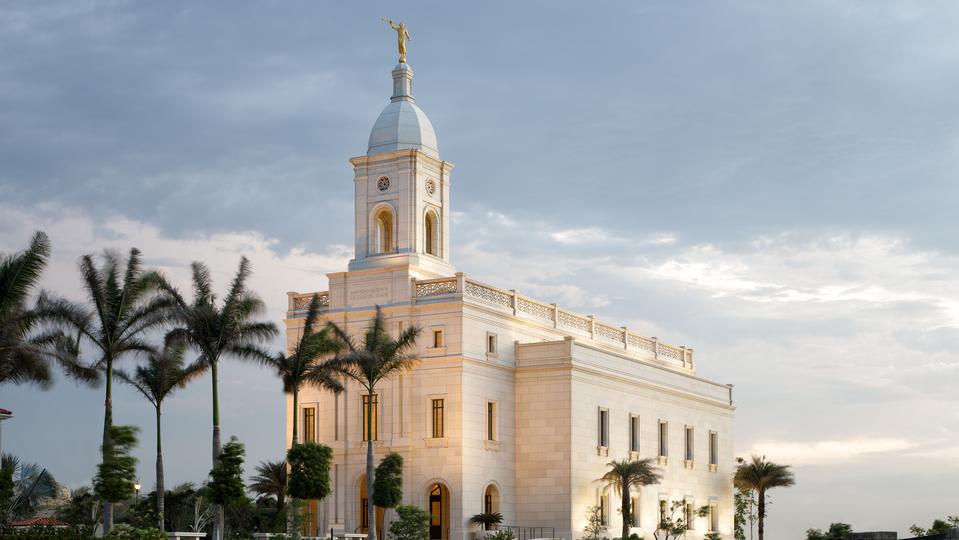 The prayer circle is a part of Latter-day Saint temple worship, usually associated with the Endowment ceremony. Participants, an equal number of men and women dressed in temple clothing, surround an altar in a circle formation to participate unitedly in prayer.

The circle is an ancient and universal symbol of perfection. In a public discourse, Joseph Smith once used a ring as an image of eternity, "one eternal round," without beginning or end (TPJS, p. 354). The formation of the prayer circle suggests wholeness and eternity, and the participants, having affirmed that they bear no negative feelings toward other members of the circle (cf. Matt. 5:23-24), evoke communal harmony in collective prayer-a harmony underscored by the linked formation, uniformity of dress, and the unison repetition of the words of the leader. The prayer has no set text, but is, among other things, an occasion for seeking the Lord's blessing upon those with particular needs whose names have been submitted for collective entreaty.

Prayer in circle formation can be traced to many early Christian sources. In the apocryphal Acts of John, for example, participants are bidden to "make as it were a ring, holding one another's hands, and [Jesus] standing in the midst" led the prayer (James, p. 253). Other texts require the participants to prepare by washing or reconciling themselves, or to receive secret words and signs, or to dress in special clothing; some suggest a ritual ring dance.

"Prayer rings" were also common in nineteenth-century Protestant revivals, and Freemasons of the period arranged themselves in circular formation around an altar, repeating in unison the received Masonic signs (see Freemasonry and the Temple).

Despite these analogues, the LDS prayer circle is a distinctive ceremony, integrally connected with temple worship. The ceremony may have been introduced in May 1842, when Joseph Smith taught the Endowment to several of his closest associates; and a prayer circle group was formed on May 26, 1843, with Joseph Smith as its leader. This prayer circle, referred to in many early records as the "Quorum of the Anointed," to which others (including women) were gradually initiated, met and prayed together regularly during the last year of Joseph Smith's life and continued after his martyrdom in June 1844 until endowments began to be performed in the Nauvoo Temple in December 1845.