The Connection Between Ancestors and Converts 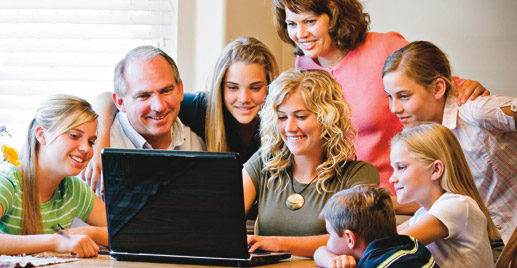 I think it can be comforting for missionaries to know that they are never alone when they are finding and teaching those who are receptive to the truths of the restored gospel of Jesus Christ. President George Q. Cannon (1827–1901), who served as a counselor to four Presidents of the Church, taught that in these latter days, those who are joining the Church are joining precisely because their ancestors have been praying for one of their posterity to join the Church so that they, the ancestors, can receive their essential ordinances by proxy.

The Spirit World and the Redemption of the Dead

President Spencer W. Kimball (1895–1985) taught about the anticipation of many in the spirit world who desire to receive gospel ordinances:

“The spirit world is full of spirits who are anxiously awaiting for us to perform these earthly ordinances for them. …

“Some of us have had occasion to wait for someone or something for a minute, an hour, a day, a week, or even a year. Can you imagine how our progenitors must feel, some of whom have perhaps been waiting for decades and even centuries for the temple work to be done for them?” (“The Things of Eternity—Stand We in Jeopardy?” Ensign, Jan. 1977, 1, 7).

President Wilford Woodruff (1807–98) related an experience he had when he was visited by the spirits of the founding fathers of the United States of America and other early leaders while he served as the first president of the St. George Utah Temple, the first temple completed after the Saints had migrated to the West:

“Two weeks before I left St. George, the spirits of the dead gathered around me, wanting to know why we did not redeem them. Said they, ‘You have had the use of the Endowment House [a temporary structure in Salt Lake City used for performing temple ordinances before the Salt Lake Temple was completed] for a number of years, and yet nothing has ever been done for us. We laid the foundation of the government you now enjoy, and we never apostatized from it, but we remained true to it and were faithful to God.’

“These were the signers of the Declaration of Independence [of the United States of America], and they waited on me for two days and two nights. …

“I straightway went into the baptismal font and called upon Brother McAllister to baptize me for the signers of the Declaration of Independence, and fifty other eminent men, making one hundred in all, including John Wesley, Columbus, and others” (The Discourses of Wilford Woodruff, ed. G. Homer Durham [1990], 160–61).

An experience of Elder Melvin J. Ballard (1873–1939) of the Quorum of the Twelve Apostles helps us understand that those in the spirit world are aware of the work we do for them in the temples:

“Elder Ballard sat at our baptismal font [in the Logan Utah Temple] one Saturday while nearly a thousand baptisms were performed for the dead. As he sat there, he contemplated on how great the temple ceremonies were, and how we are bringing special blessings to the living and the dead. His thoughts turned to the spirit world, and he wondered if the people there would accept the work we were doing for them.

“Brother Ballard said: ‘All at once a vision opened to me, and I beheld a great congregation of people gathered in the east end of the font room. One by one, as each name was baptized for, one of these people climbed a stairway over the font to the west end of the room. Not one soul was missing, but there was a person for every one of the thousand names done that day.’

“Brother Ballard said that he had never seen such happy people in all his life, and the whole congregation rejoiced at what was [being] done for them” (Nolan Porter Olsen, Logan Temple: The First 100 Years [1978], 170).