Jehovah, Jesus – the God of the Old Testament 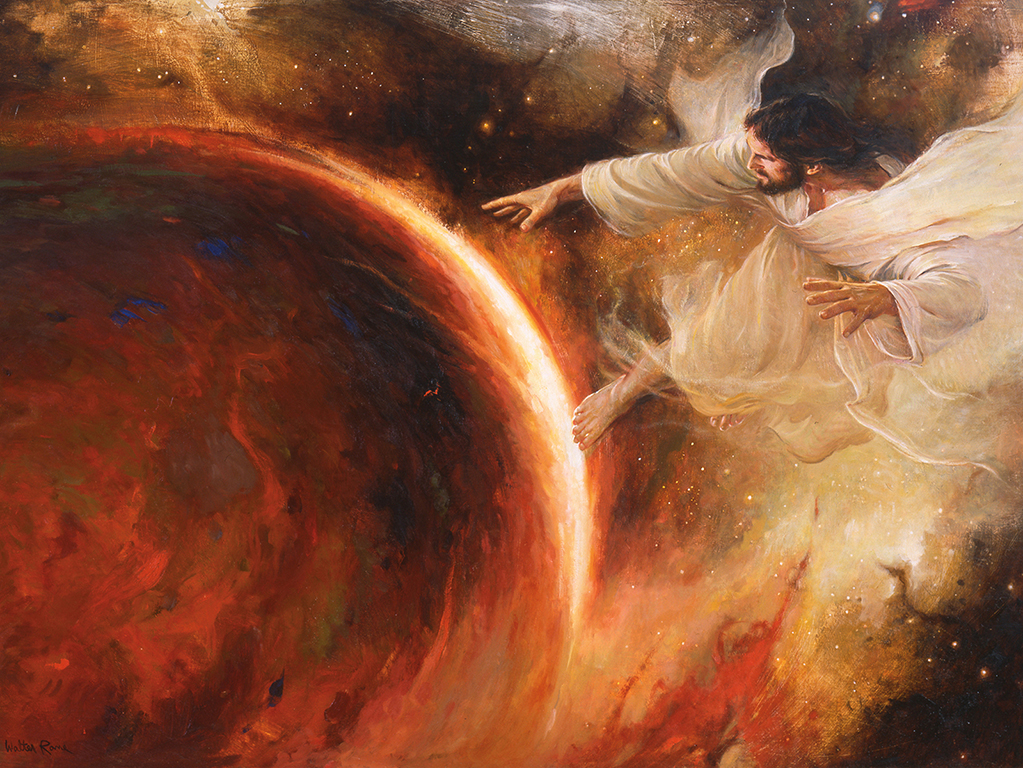 Jehovah, or Christ, Is the God of the Old Testament

Although for many it seems a paradox, Jehovah of the Old Testament was none other than the Son of God, Jesus Christ. He created the world under the authority and direction of God the Father. Later, Jehovah came to earth as the Savior and Redeemer of the world. This truth is one of the most misunderstood doctrines in the history of the world, despite the fact that the Old Testament and the other standard works are filled with evidence to support it.

Before looking at the scriptural evidence, it may be wise first to better understand the names and titles for God the Father and His Only Begotten Son. Generally, two Hebrew words for God are used throughout the Old Testament. These are Elohim and Jehovah, as it is presently pronounced. (Since the original Hebrew was written without vowels, scholars disagree on the original pronunciation of the name written YHWH in Hebrew. In modern revelation, however, Jesus accepted the title Jehovah [see D&C 110:3].)

Jehovah was the premortal name-title given to the Firstborn Son of God. He is now referred to as Jesus Christ. The meaning of the name Jehovah was explained by Elder Talmage:

“Jehovah is the Anglicized rendering of the Hebrew, Yahveh or Jahveh, signifying the Self-existent One, or The Eternal. This name is generally rendered in our English version of the Old Testament as LORD printed in capitals. The Hebrew, Ehyeh, signifying I Am, is related in meaning and through derivation with the term Yahveh or Jehovah.” (Jesus the Christ, p. 36.)

The Jews regarded the name of Jehovah as so sacred that it could not be spoken. Instead, they substituted for Jehovah the word Adonai, which signifies “the Lord.” (See Talmage, Jesus the Christ, p. 37.) The King James translators followed the same practice out of respect for the Jewish custom. Sometimes the word lord, however, is used to refer not to God but to royalty or other important people. To distinguish the sacred name from common usage, the translators capitalized lord when it referred to Jehovah and left it in lower case letters otherwise. (See 2 Samuel 15:21 for an example of both uses of the word lord.)

The word Elohim is a plural form of the Hebrew word for God, although modern scholars agree that it should be taken as a singular noun even though the im ending is a plural form. Joseph Smith, however, indicated the significance of the plural form:

“If we pursue the Hebrew text further, it reads, … ‘The head one of the Gods said, Let us make a man in our own image.’ I once asked a learned Jew, ‘If the Hebrew language compels us to render all words ending in heim in the plural, why not render the first Eloheim plural?’ He replied, ‘That is the rule with few exceptions; but in this case it would ruin the Bible.’ He acknowledged I was right.

“In the very beginning the Bible shows there is a plurality of Gods beyond the power of refutation. It is a great subject I am dwelling on. The word Eloheim ought to be in the plural all the way through﻿—Gods. The heads of the Gods appointed one God for us; and when you take [that] view of the subject, it sets one free to see all the beauty, holiness and perfection of the Gods.” (Teachings, p. 372.)

“The name Elohim … is expressive of supreme or absolute exaltation and power. Elohim, as understood and used in the restored Church of Jesus Christ, is the name-title of God the Eternal Father, whose firstborn Son in the spirit is Jehovah﻿—the Only Begotten in the flesh, Jesus Christ.” (Jesus the Christ, p. 38.)

It is vital to remember the place of God the Father: He is the Father of our spirits (see Hebrews 12:9) and is our God. The existence of other Gods cannot alter that fact. He is the author and sponsor of the eternal plan of salvation. It is equally essential to note, however, that the agent by whom He administers His affairs on this earth is His Firstborn Son, known as Jehovah in the Old Testament. He gave Jesus the full “Fatherly” authority to organize and govern the earth, then through the Atonement Jesus became the Father of the faithful. The Savior thus became the chief advocate of the Father’s plan.

Because Jesus is one with God and is also God, the Old Testament prophets sometimes referred to Him as “Jehovah Elohim,” which the King James translators rendered “LORD God.” To avoid awkward repetition, “Lord GOD” was used to translate the Hebrew phrase “Adonai Jehovah,” which otherwise would translate as “Lord LORD” (see Genesis 15:2, 8; Deuteronomy 3:24). Thus, in the King James Version of the Old Testament, the Hebrew word for Jehovah is almost always translated just this way: LORD or GOD.

One other name or title of Jesus needs explanation. He is known as Jesus the Christ. The word Christ comes from the Greek word christos, which means “the anointed one.” The Greeks used the title Christos to translate the Hebrew word meshiach, which means “the anointed one.” The Hebrew word has been anglicized into messiah. Jesus the Christ means “Jesus the Messiah.”