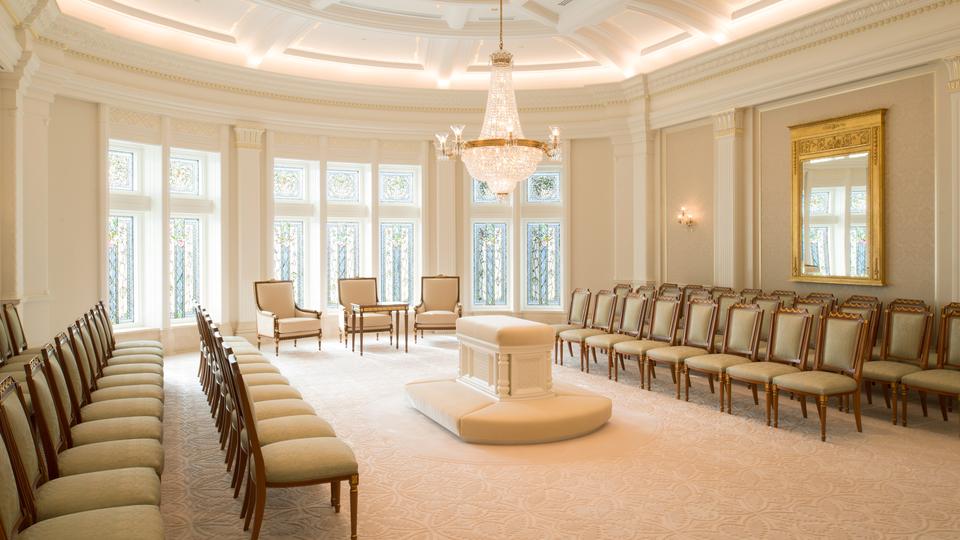 Signets and seals have been used from early antiquity to certify authority. The word "seal" appears many times in the scriptures. Jesus Christ was "sealed" by God the Father (John 6:27), and Paul reminded ancient Saints that God had anointed and sealed them (2 Cor. 1:21-22) and told others they "were sealed with that Holy Spirit of promise, which is the earnest [assurance] of our inheritance until the redemption" (Eph. 1:13-14). John spoke of the servants of God being sealed in their foreheads (Rev. 7:3). In the apocryphal Acts of Thomas (verse 131), Thomas prayed that he and his wife and daughter "May receive the seal" and "become servants of the true God." Even today licenses, diplomas, legal documents, and the like bear seals that officially attest to their authenticity.

For Latter-day Saints, the ultimate sealing power is the priesthood power given to authorized servants of the Lord to perform certain acts on earth and have them recognized (sealed) or validated in heaven. They believe it is this authority the Lord Jesus Christ described when he said to Peter, "I will give unto thee the keys of the kingdom of heaven: and whatsoever thou shalt bind on earth shall be bound in heaven: and whatsoever thou shalt loose on earth shall be loosed in heaven" (Matt. 16:19).

The President of the Church holds and exercises the keys of sealing on earth. When a man is ordained an apostle and set apart as a member of the Quorum of the Twelve Apostles, sealing is one of the powers bestowed upon him. Other General Authorities of the Church, the presidencies of temples, and a limited number of officiators in each temple receive this sealing power during their tenure. After one is approved by the First Presidency to receive the sealing power, the President of the Church, one of his counselors, or a member of the Twelve Apostles specifically designated by the President confers the sealing power upon him by the laying on of hands. This is the specific authority to perform the temple sealing ordinances.

This is the authority by which "all covenants, contracts, bonds, obligations, oaths, vows, performances, connections, associations, or expectations" can be "made and entered into and sealed by the Holy Spirit of promise" and receive "efficacy, virtue, or force in and after the resurrection of the dead" (D&C 132:7).

In this dispensation of the fulness of times, the sealing power was restored by Elijah, the last prophet of the Old Testament period to hold it (TPJS, pp. 339-40). He bestowed that authority on Joseph Smith and Oliver Cowdery in the Kirtland Temple on April 3, 1836 (D&C 110). As each man who has been President of the Church was ordained an apostle and became a member of the Quorum of the Twelve, he had the sealing power bestowed upon him, and thus it has been transmitted to the present (D&C 110:13-16;128:11).

What might be called the general sealing power is also vested in the President of the Church. Everyone who receives the priesthood obtains this general sealing power to a degree. For example, as Elder Bruce R. McConkie said, "All things that are not sealed by this power have an end when men are dead. Unless a baptism has this enduring seal, it will not admit a person to the Celestial Kingdom&#133;. All things gain enduring force and validity because of the sealing power" (MD, pp. 615-616).