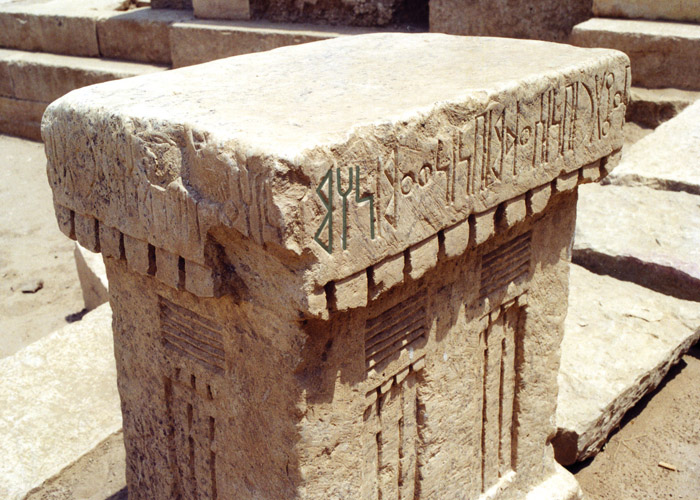 In one instance, however, Nephi does preserve a local name, that of Nahom, the burial place of Ishmael, his father-in-law. Nephi writes in the passive, "the place which was called Nahom," clearly indicating that local people had already named the place. That this area lay in southern Arabia has been certified by recent Journal publications that have featured three inscribed limestone altars discovered by a German archaeological team in the ruined temple of Bar'an in Marib, Yemen.[2] Here a person finds the tribal name NHM noted on all three altars, which were donated by a certain "Bicathar, son of Sawâd, son of Nawcân, the Nihmite." (In Semitic languages, one deals with consonants rather than vowels, in this case NHM.)

Such discoveries demonstrate as firmly as possible by archaeological means the existence of the tribal name NHM in that part of Arabia in the seventh and sixth centuries BC, the general dates assigned to the carving of the altars by the excavators.[3] In the view of one recent commentator, the discovery of the altars amounts to "the first actual archaeological evidence for the historicity of the Book of Mormon."[4]