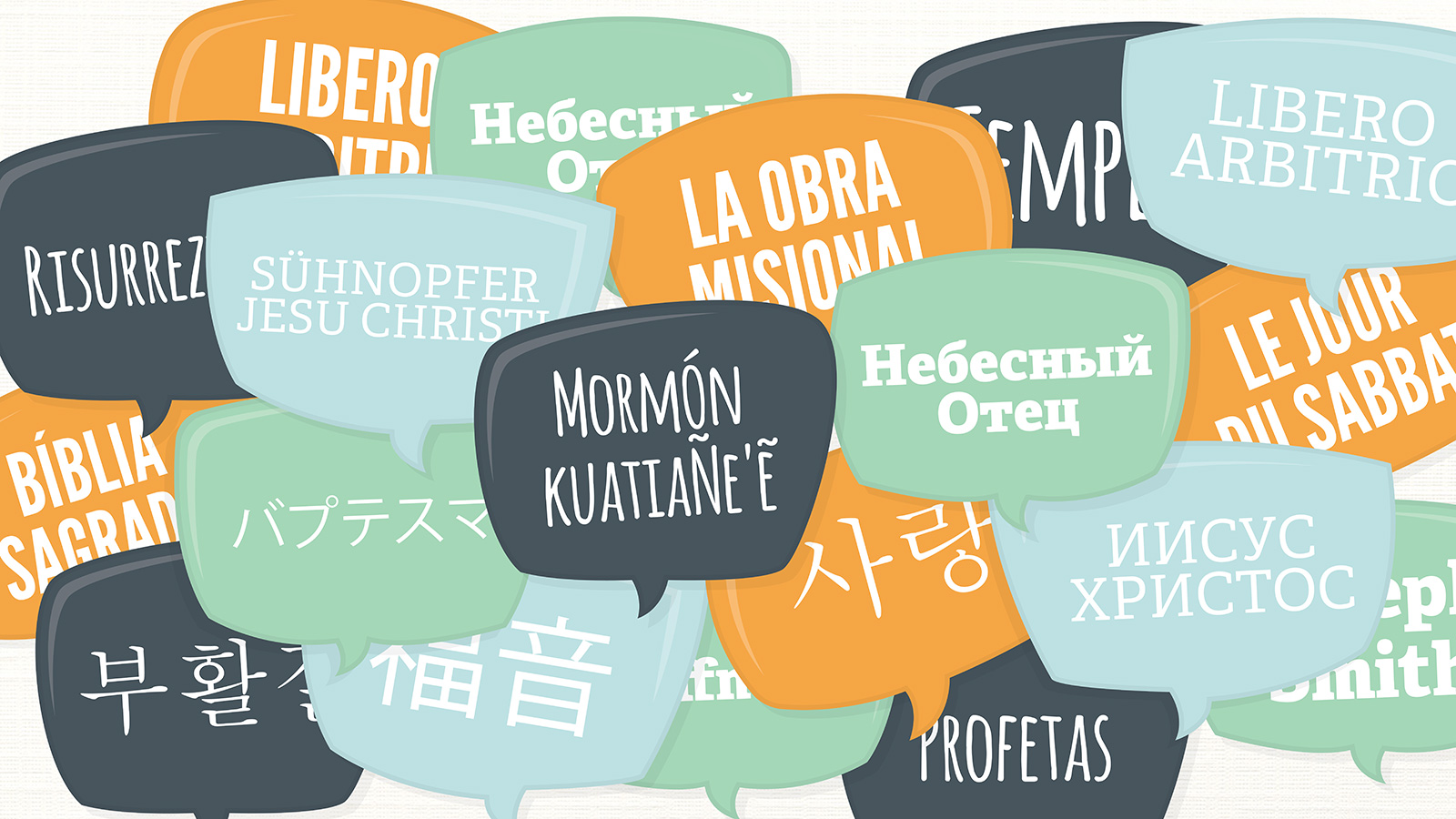 Speaking in tongues was mentioned in revelations to Joseph Smith as one of the many gifts of the Spirit that follow those who have faith in Jesus Christ.1 Early Latter-day Saints experienced this gift in two ways. The first, speaking or singing in an unknown language, is sometimes called glossolalia. This form of spiritual expression was understood to have originated in the time of Paul and was typically followed by an inspired interpretation.2 The second way Church members experienced the gift of tongues was preaching the gospel in a language foreign to the speaker but familiar to his or her listeners. This practice, known as xenoglossia, was manifest on the day of Pentecost when the ancient disciples of Jesus Christ miraculously spoke in foreign languages and thus introduced the gospel to the Gentiles.3

At a meeting in 1835, Elizabeth Ann Whitney received a blessing from Church patriarch Joseph Smith Sr., in which she was promised the “gift of singing inspirationally.” During the meeting, Whitney arose and began singing in an unknown language. Filled with the Holy Spirit, Parley P. Pratt interpreted her song for other hearers. “In ancient days there lived a man,” the song began, “Amidst a pleasant garden, Where lovely flowers immortal bloom’d, And shed around a rich perfume; Behold, his name was Adam.” Joseph Smith Sr. believed Whitney sang in the pure language of heaven.4 Instances of glossolalia, like Whitney’s singing, occurred in some early American church meetings, and though it was frowned upon by many Christians,5 the practice resonated with early Latter-day Saints, who believed a revitalization of spiritual gifts was an important part of the Restoration of the gospel. Brigham Young regarded speaking in tongues as a spiritually “electrifying” experience and an important part of his conversion.6

In Kirtland, disagreements among Latter-day Saints over the authenticity of some spiritual manifestations led Joseph Smith to seek revelation on the subject.7 The Lord answered that even though some false spiritual displays had entered into the Church, Latter-day Saints could discern true from false manifestations, including instances of glossolalia, so long as they followed the Holy Spirit and the patterns set forth by the Lord.8 Joseph later warned the Saints that Satan could manipulate tongue-speaking and that the Lord would never reveal Church doctrine by this practice.9 He further clarified, “Tongues were given for the purpose of preaching among those whose language is not understood,” adding that anyone “that has the Holy Ghost can speak of the things of God in his own tongue, as well as to speak in another.”10 Glossalalia continued as an important part of Latter-day Saint worship during the rest of the 19th century, though the practice gradually declined over time and all but disappeared in the early 20th century.

From the beginning, Latter-day Saints accepted the spiritual gift of speaking in foreign languages as an aid to the spread of the gospel. Revelations of Joseph Smith promised missionaries this gift, and many reported miraculous experiences preaching the gospel in unfamiliar languages. As a 23-year-old missionary in Hawaii in 1850, George Q. Cannon worked hard to learn Hawaiian so he could preach, exercising “faith before the Lord to obtain the gift of talking and understanding the language.” He recalled that one evening while teaching, he “felt a peculiar sensation in my ears” and “from that time forward I had but little, if any, difficulty in understanding what the people said.” Hyrum Jensen, a new missionary in Norway in the 1890s, was discouraged when people ridiculed him for his inability to speak. He stopped in a grove of trees and prayed the Lord would give him the gift of tongues. Jensen testified that from that day, “I spoke Norwegian with more ease than I have ever spoken English.”11

As missionary work expanded during the late 19th and early 20th centuries, xenoglossia became the prevalent understanding of the gift of tongues. The Language Training Mission and later missionary training centers developed language study programs that foster the spiritual gift of tongues, preparing missionaries to preach the gospel in many foreign languages. Latter-day Saints throughout the world testify of the power of this spiritual gift.12