Seven Distinct Dispensations of the Gospel 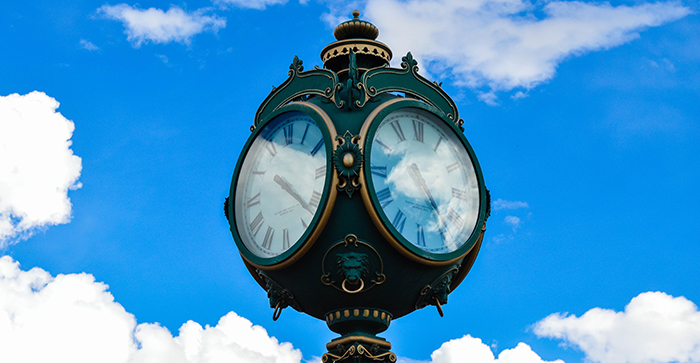 Encyclopeda of Mormonism – Dispensations of the Gospel

The term "dispensation" is translated in the New Testament from the Greek oikonomia, denoting an idea of stewardship and of ordering affairs of a household. "Dispensations" are also time periods in which the Lord placed on the earth the necessary knowledge, priesthood, and keys of authority to implement his Plan of Salvation for his children. This plan, along with priesthood, was first given to Adam (Moses 5:4-12;6:62-68; D&C 84:16-18; Tpjs, pp. 157, 167), but as a consequence of later apostasy and fragmentation among his descendants, it did not remain constantly upon the earth. Hence, from time to time the Lord called new prophets and again revealed the plan and bestowed the necessary priesthood authority, creating a new dispensation.

Each new dispensation, or period of restored truth, presents men and women with a divine stewardship in performing the Lord's work on earth. The recipients become custodians and coworkers with God in bringing to pass his purposes. They work according to his orderly and revealed design. His plan takes into account human weaknesses and provides for times of renewal following apostasy, just as it provides for a redemption from individual failings through repentance and obedience (D&C 121:31-32). The concepts of stewardship and orderliness are important themes in LDS theology.

Prophets are stewards who preach and organize the work of redemption in each dispensation. It has become traditional in some unofficial LDS commentaries to refer to seven major dispensations named after the principal prophet of each: Adam, Enoch, Noah, Abraham, Moses, Jesus Christ (who led the dispensation of the meridian of time), and Joseph Smith (who introduced the dispensation of the fulness of times; see Acts 3:21.) However, this list does not take into account other dispensations, such as those among the Jaredites, the Nephites, and the ten lost tribes of Israel.

Rarely have gospel dispensations been universal, reaching all nations, although that is the ideal (e.g., Abr. 2:11). More often, one people has been responsive, while other nations have languished in ignorance and unbelief. However, the Adamic dispensation would at first have been communicated to the entire family of Adam early in his time (see Moses 5:12), and again in the final dispensation, the fulness of times, the gospel "shall be preached unto every nation, and kindred, and tongue, and people" (see D&C 133:37; cf. 90:9-11). The meridian of time was given the same mandate (Matt. 28:19-20), but we have no record that the gospel reached every nation in that period.

Several fundamentals are common to all dispensations: priesthood authority, baptism by immersion and the laying on of hands for the gift of the Holy Ghost, the sealing power (D&C 128:9-11), and temple worship. Basic gospel doctrines, including the Fall of Adam, faith in Jesus Christ, repentance, and the need for an infinite Atonement, were taught in each era from Adam's day onward whenever there were living prophets selected by the Lord (Moses 5:4-12; D&C 112:29-32).

Some prophets have been given keys and responsibility over specific aspects of God's plan for this earth. In the sense of dispensation or stewardship, each of these assignments could with propriety be called a special dispensation. Joseph Smith taught that Adam, as "the father of all living," stands as the head of the patriarchal order of priesthood for this earth under Christ (TPJS, p. 158; D&C 78:16) and holds the keys from generation to generation. Whenever the gospel is revealed anew, it is under the direction of Adam. Noah, the "father of all living" after Adam, is also known as Gabriel and stands next to Adam in priesthood authority (TPJS, pp. 157, 167). Moses holds keys of the gathering of Israel (D&C 110:11); and Elijah, of sealing the generations (D&C 2;110:13-16; JS-H 1:38-39). John the Baptist had a special role of messianic preparation (JST Matt. 11:13-15; 17:10-14). Peter, James, and John received the keys of the Melchizedek Priesthood (TPJS, p. 158) from Jesus, Moses, and Elias (Elijah). Moroni holds responsibility for the Book of Mormon (D&C 27:5). Each of these prophets has received a dispensation of keys for which he holds a stewardship and will give an account to the Lord (D&C 27:5-13). In a future gathering, all who hold keys will give a stewardship report to Adam, and he, to Christ (TPJS, p. 157; cf. JST Luke 3:8-9).

Every dispensation, beginning with Adam's, has been a dispensation of the gospel of salvation through Jesus Christ. That is, in each dispensation the same plan of redemption through the Savior and the necessary holy priesthood have been revealed by God in a similar and consistent manner.

The general consistency of the plan does not preclude differences in revealed counsel and direction appropriate to the diversity in times and cultures of different dispensations. Circumcision, for example, important in previous dispensations as a sign of a covenant, was not essential in later dispensations. Blood sacrifices required in Old Testament times to anticipate the Atonement were fulfilled in Christ, with new redemptive emblems of bread and wine being prescribed by Jesus. Latter-day Saints have a strong recognition of change and progress in sacred history. Personal growth and its implications for the development of a perfected Zion society are essential in LDS eschatology (see Eternal Progression). This view of progress is evidenced in the concept that the final dispensation builds upon previous ones and achieves the goals of all of them with the celestialization of the earth. The earth then will become a glorious residence for those of all dispensations who have been resurrected and perfected in Christ (D&C 88:17-26).

A definite priesthood line of authority is an essential component of the LDS understanding of dispensations. Thus, Moses and Elijah visited Peter, James, and John at the Mount of Transfiguration to restore certain keys of authority, and as already noted, these and many other ancient prophets visited Joseph Smith to give him the same authority (see Restoration of the Gospel of Jesus Christ).