Book of Mormon – a vision of America 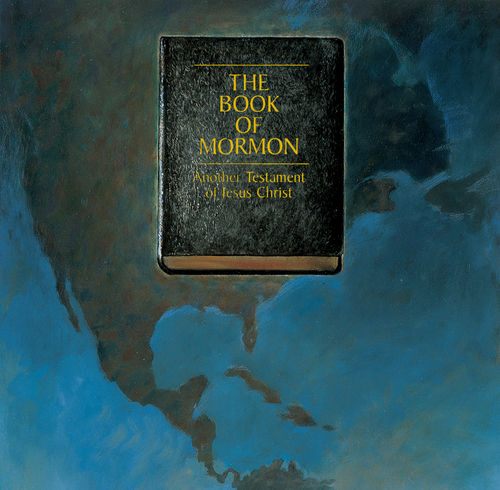 This land to be a land of promise:

5 But, said he, notwithstanding our afflictions, we have obtained a land of promise, a land which is choice above all other lands; 2 Nephi 1:5

All that come to America shall be brought by the hand of the Lord:

6 Wherefore, I, Lehi, prophesy according to the workings of the Spirit which is in me, that there shall none come into this land save they shall be brought by the hand of the Lord. 2 Nephi 1:6

America to be a land of liberty, never to be brought down into captivity, unless through iniquity:

7 Wherefore, this land is consecrated unto him whom he shall bring. And if it so be that they shall serve him according to the commandments which he hath given, it shall be a land of liberty unto them; wherefore, they shall never be brought down into captivity; if so, it shall be because of iniquity; for if iniquity shall abound cursed shall be the land for their sakes, but unto the righteous it shall be blessed forever. 2 Nephi 1:7

No king to rule in America:

14 For he that raiseth up a king against me shall perish, for I, the Lord, the king of heaven, will be their king, and I will be a light unto them forever, that hear my words. 2 Nephi 10:14

Constitution of America inspired by God

Latter-day Saints generally regard Columbus as having fulfilled a prophecy contained early in the Book of Mormon. Nephi 1 recorded a vision of the future of his father's descendants. After foreseeing the destruction of his own seed, Nephi beheld a gentile "separated from the seed of my brethren by the many waters," and saw that the Spirit of God "came down and wrought upon the man; and he went forth upon the many waters, even unto the seed of my brethren, who were in the Promised Land" (1 Ne. 13:12).

Nephi appears to give an accurate account of Columbus's motives. Even though he was well-acquainted with the sciences of his day and his voyages have been viewed by some historians as primarily an economic triumph of Spain over Portugal, Columbus apparently had bigger motives for his voyage and felt himself spiritually driven to discover new lands. Newly acknowledged documents show that medieval eschatology, the scriptures, and divine inspiration were the main forces compelling him to sail. His notes in the works of Pierre d'Ailly and his own unfinished Book of Prophecies substantiate his apocalyptic view of the world and his feelings about his own prophetic role.

Among the themes of this book was the conversion of the heathen. Columbus quoted Seneca, "The years will come…when the Ocean will loose the bonds by which we have been confined, when an immense land shall lie revealed" (Watts, p. 94). He believed himself chosen by God to find that land and deliver the light of Christianity to the natives there. He was called Christoferens (the Christ-bearer). A map contemporaneous with his voyages depicts him bearing the Christ child on his shoulders across the waters. He believed that he was to help usher in the age of "one fold, and one shepherd," citing John 10:16(cf. 3 Ne. 15:21), and spoke of finding "the new heaven and new earth."

Writing to King Ferdinand and Queen Isabella to gain financial support, Columbus testified that a voice had told him he had been watched over from infancy to prepare him for discovering the Indies. He felt that he was given divine keys to ocean barriers that only he could unlock (Merrill, p. 135). In a second letter, he emphasized his prophetic role: "Reason, mathematics, and maps of the world were of no use to me in the execution of the enterprise of the Indies. What Isaiah said [e.g., Isa. 24:15] was completely fulfilled" (Watts, p. 96). Unknowingly, Columbus also fulfilled Nephi's prophecy.

The prophets of the two civilizations that developed from these people prophesied concerning what would someday be the United States of America. In Second Nephi, the prophet Lehi recorded a vision concerning the continent and the future nation. He was told the land was covenanted to his family and to others who would come to it from around the world by the hand of God. He learned that no one would come to the land unless brought by the hand of God.

Lehi was told in the vision that if the people who lived there would keep the commandments, the land would be one of liberty and would never be taken into captivity by another nation.

He learned that God intended the land to be kept secret from the world for a time, to keep it from being overrun before the time came for it to be discovered. As long as the people God sent from Jerusalem were righteous, the land would be theirs to enjoy, but if they became wicked or stopped believing in God, outside nations would be permitted into the land and persecution would result. (See 2 Nephi 1 .)

Lehi told his son Joseph that another Joseph would one day be born who would be the first prophet in the restoration of the gospel in the last days. This prophecy refers to Joseph Smith.

Lehi’s fourth son, Nephi, also had a vision of America. He saw a man whom we know today to be Christopher Columbus setting out and finding America, as did others. He saw the persecution of the Native Americans, including whatever few remnants of his own family might remain. (Many were destroyed during a great war at the end of the two civilizations.)  However, he was promised they would not be destroyed completely.

Lehi saw the United States being formed and the coming forth of the Book of Mormon, the record Lehi would begin. It would continue to be handed down through the generations, with various religious and government leaders recording the history of the people and their religious teachings and experiences. The pivotal event in the Book of Mormon is the appearance of Jesus Christ on the American continent. Sometime after His death and resurrection, He would appear to them for several days, teaching and blessing them. He let the world know, with this visit, that He was not just the Savior of the Jews, but of the entire world. Because He came to them after His death and because they knew who He was through continued prophecies, it proves the divinity of the Lord Jesus Christ. The Book of Mormon testifies of Jesus Christ and of the Bible. It is, in fact, impossible to believe the Book of Mormon without also believing in the Bible.