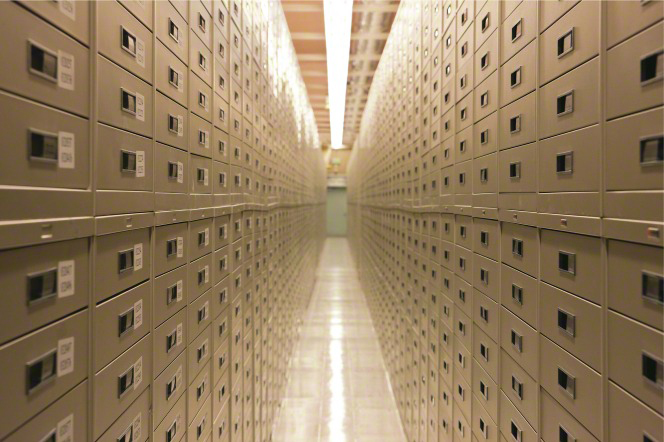 The  Encyclopedia of Mormonism – Record  Keeping

The keeping of records is done in response to a direct commandment from the Lord and is considered a sacred trust and obligation. "The matter of record keeping is one of the most important duties devolving on the Church," said Elder Joseph Fielding Smith (p. 96). Indeed, the very day the LDS Church was organized, the Prophet Joseph Smith received a revelation: "Behold, there shall be a record kept among you" (D&C 21:1). This requirement apparently has been the same in every dispensation. The Pearl of Great Price states that a book of remembrance was first kept in the adamic language, and Adam's children were taught to read and write, "having a language that was pure and undefiled"; therefore, it was given unto many "to write by the spirit of inspiration" (Moses 6:5-6). Enoch, seventh in descent from Adam and the father of Methuselah, also kept a record and commented upon the divine prototype of it: "For a book of remembrance we have written among us, according to the pattern given by the finger of God" (Moses 6:46). Abraham continued the practice, affirming that "records of the fathers" had come into his hands and stating, "I shall endeavor to write some of these things upon this record, for the benefit of my posterity that shall come after me" (Abr. 1:31). Such records are of three types: (1) accounts of God's dealings with his children (the scriptures, for example); (2) records of religious ordinances; and (3) histories of nations and peoples, including personal histories.