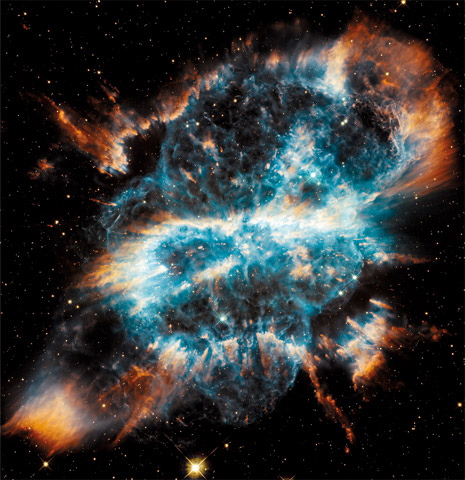 29 Man was also in the beginning with God. Intelligence, or the light of truth, was not created or made, neither indeed can be.

21 I dwell in the midst of them all; I now, therefore, have come down unto thee to declare unto thee the works which my hands have made, wherein my wisdom excelleth them all, for I rule in the heavens above, and in the earth beneath, in all wisdom and prudence, over all the intelligences thine eyes have seen from the beginning; I came down in the beginning in the midst of all the intelligences thou hast seen.

22 Now the Lord had shown unto me, Abraham, the intelligences that were organized before the world was; and among all these there were many of the noble and great ones;

The word "intelligences" (plural) occurs frequently in LDS literature, having reference to the period of the premortal existence of mankind. The term has received two interpretations by writers within the Church: as the literal spirit children of Heavenly Parents and as individual entities existing prior to their spirit birth. Because latter-day revelation has not clarified the meaning of the term, a more precise interpretation is not possible at present.

The scriptural source for the word "intelligences" is the book of Abraham 3:21-22. The Lord instructed the patriarch Abraham regarding the premortal experiences of all who have been or ever will be upon the earth. Among those events was the Council in Heaven, at which the Father's Plan of Salvation for his children was discussed. Abraham wrote of this, "Now the Lord had shown unto me, Abraham, the intelligences that were organized before the world was; …for he stood among those that were spirits, and he saw that they were good; and he said unto me: Abraham, thou art one of them" (Abr. 3:22-23). The Prophet Joseph Smith spoke of intelligences as follows: "God himself, finding he was in the midst of spirits and glory, because he was more intelligent, saw proper to institute laws whereby the rest could have a privilege to advance like himself. The relationship we have with God places us in a situation to advance in knowledge. He has power to institute laws to instruct the weaker intelligences, that they may be exalted with himself, so that they might have one glory upon another, and all that knowledge, power, glory, and intelligence, which is requisite in order to save them" (TPJS, p. 354).

Concerning man's premortal existence, the Lord revealed to Joseph Smith, "Man was also in the beginning with God. Intelligence, or the light of truth, was not created or made, neither indeed can be" (D&C 93:29). "Intelligence," as used here, is singular, and it is not clear from this passage if it refers to individual, conscious identity. As noted, Abraham referred to the spirit offspring of God as organized intelligences, apparently using the word "intelligences" to mean "spirits." Church authorities have indicated that spirit birth was not the beginning. Spencer W. Kimball, then a member of the Quorum of the Twelve, wrote, "Our spirit matter was eternal and co-existent with God, but it was organized into spirit bodies by our Heavenly Father" (The Miracle of Forgiveness, p. 5, Salt Lake City, 1969). Marion G. Romney, of the First Presidency, speaking of people's divine origin as children of God, stated, "Through that birth process, self-existing intelligence was organized into individual spirit beings" (Ensign 8 [Nov. 1978]:14). Bruce R. McConkie, an apostle, wrote: Abraham used the name intelligences to apply to the spirit children of the Eternal Father. The intelligence or spirit element became intelligences after the spirits were born as individual entities (Abr. 3:22-24). Use of this name designates both the primal element from which the spirit offspring were created and also their inherited capacity to grow in grace, knowledge, power, and intelligence itself, until such intelligences, gaining the fulness of all things, become like their Father, the Supreme Intelligence [MD, p. 387].

While the revelations leave no doubt as to the existence of intelligent matter prior to its being organized as spirits, speculation sometimes arises regarding the nature of premortal existence and whether there was individual identity and consciousness prior to birth as a spirit. Some hold that the terms "intelligence" and "intelligences" have reference to a form of prespirit conscious self-existence, which included individual identity, variety, and agency (so reasoned B. H. Roberts, pp. 401-423). Others maintain that while these characteristics, attributes, and conditions are eternal, they essentially came together for each individual at the spirit birth. The question of whether prespirit intelligence had individual identity and consciousness remains unanswered. Elder Joseph Fielding Smith gave this caution in 1936: Some of our writers have endeavored to explain what an intelligence is, but to do so is futile, for we have never been given any insight into this matter beyond what the Lord has fragmentarily revealed. We know, however, that there is something called intelligence which always existed. It is the real eternal part of man, which was not created or made. This intelligence combined with the spirit constitutes a spiritual identity or individual [p. 10].