Dispensation of the Fulness of Times 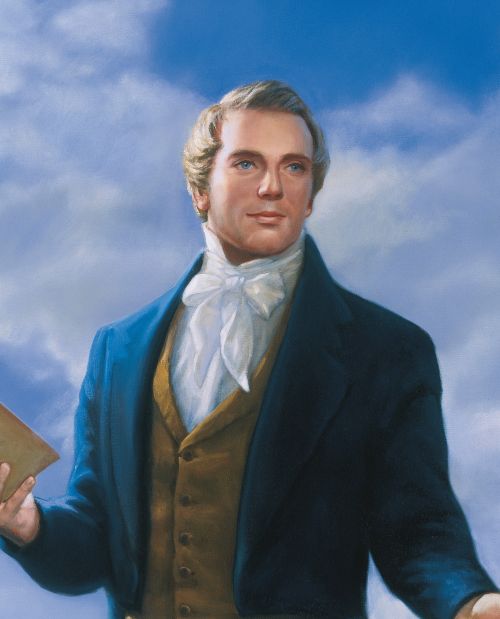 Dispensation of the Fulness of Times

This dispensation began with the Prophet Joseph Smith's first vision, and all revelations and divine gifts of former dispensations continually flow into it. Concerning this, Joseph Smith wrote on September 6, 1842: "It is necessary in the ushering in of the dispensation of the fulness of times, which dispensation is now beginning to usher in, that a whole and complete and perfect union, and welding together of dispensations, and keys, and powers, and glories should take place, and be revealed from the days of Adam even to the present time" (D&C 128:18).

Revelation and restoration characterize the fulness of times. Priesthood, keys (authorization to act), ordinances, covenants, and teachings of past dispensations have been, or will yet be, restored, and this can occur only by revelation. Heavenly messengers ministered to Joseph Smith and Oliver Cowdery, giving them authority, keys, doctrines, and ordinances of past dispensations that had been lost to the world because of fragmentation, abuse, and apostasy. The Doctrine and Covenants records several instances in which these two men saw, talked with, and received authority from resurrected ancient prophets. On May 15, 1829, John the Baptist ordained them to the Aaronic Priesthood (D&C 13). Shortly thereafter, Peter, James, and John, three of Christ's original apostles, conferred the Melchizedek Priesthood on them (D&C 27:12). On April 3, 1836, in the Kirtland Temple, Moses gave them "the keys of the gathering of Israel from the four parts of the earth, and the leading of the ten tribes from the land of the north" (D&C 110:11); Elias committed the keys of the dispensation of the gospel of Abraham (D&C 110:12); and Elijah fulfilled the promise of Malachi 4:5-6by bestowing on them the sealing power to "turn the hearts of the&#133;children to the fathers" and make available the saving gospel ordinances to all who have lived on earth (D&C 110:13-15). As part of the restoration, the Book of Mormon, a scriptural witness of Jesus Christ and his dealings with ancient people of the Western Hemisphere, was translated by Joseph Smith by divine power. These events were part of the gathering "together in one all things in Christ" (Eph. 1:10; D&C 27:7-13; see also Restoration of All Things). The priesthood has been revealed "for the last time," and those who now hold the keys do so "in connection with all those who have received a dispensation at any time from the beginning of the creation" (D&C 112:30-31).

Of things unique to the Dispensation of the Fulness of Times, the Prophet Joseph Smith wrote, "Those things which never have been revealed from the foundation of the world, but have been kept hid from the wise and prudent, shall be revealed unto babes and sucklings in this, the dispensation of the fulness of times" (D&C 128:18). Although the Plan of Salvation is the same in every dispensation, the fulness of times will see the accomplishment of specific and unique events, including the rebuilding of the old Jerusalem; building the New Jerusalem; preaching the gospel to every nation, kindred, tongue, and people; the gathering of Israel; and the second coming of Jesus Christ. Everything necessary to usher in the Millennium comes under the purview of the dispensation of the fulness of times, which will continue until Christ has subdued all his enemies and has perfected his work (D&C 76:106; TPJS, pp. 231-32).

. . . the Spirit made clear to me that The Church of Jesus Christ of Latter-day Saints is uniquely empowered and commissioned to accomplish the necessary preparations for the Lord’s Second Coming; indeed, it was restored for that purpose. Can you find anywhere else a people who embrace the present era as the prophesied “dispensation of the fulness of times,” in which God has purposed to “gather together in one all things in Christ”? If you don’t find here a community intent on accomplishing what needs to be accomplished for both the living and the dead to prepare for that day, if you don’t find here an organization willing to commit vast amounts of time and funds to the gathering and preparation of a covenant people ready to receive the Lord, you won’t find it anywhere.